If MONE KHANG SIANG KHAEN and the Latsami Phoudindong tape from last week are both produced by PK Promotion, they don't have much in common as the styles performed and the productions are quite in different moods.

The tape we ear today is luckily not a karaoke version (like wrongly stated on the cover). We have a dominant of modern Lam phloen with some hints of lam sing, some lam doen and there is also a lovely khap thoum Luang Prabang on track 2 and a lam khonsavane to end this pretty good album.
4 solo songs by O.B.O.T, one by Oichai Malaihak and 5 duos. 10 songs performed with heavy synth and groove box, some khaen and electric phin (and phin tuned guitar) as well as some traditional instruments... Enjoy!

The photos illustrating this post were taken at the Xieng Khuan "Buddha park" near Vientiane wich is kind of a weird, creepy and pretty high scupture park created by Bunleua Sulilat in the 60's. This interesting outsider art project mixing various Asian religious influences was stopped for political reasons and was then continued on the other side of the Mekong in the Esan province of Nong Khai a few kilometers away. It's really worth a visit if you are around for a few days. 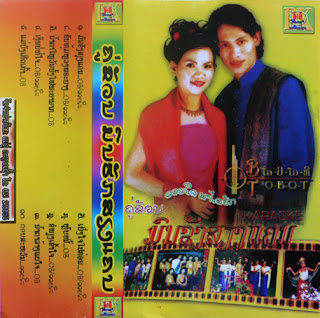 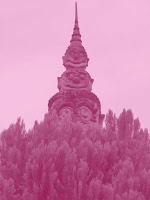