As this month we are in Laos, it's a great opportunity to share some early photos from Laos and Esan. More than 230 pictures from my personal archives: Everyday life in villages, people at work, at the temple and markets, and of course parties, festivals and music. 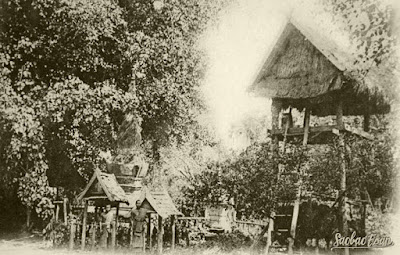 All those pictures are approximatively dated from 1870 to 1940 (and also a few from the 50's for illustrative purposes).Those photos were taken on both sides of the Mekong by local photographers, explorers, missionaries and settlers. Some of those are part of the archives of the Bibliothèque Nationale de France and Musée de l'Homme, publications like the book "danses d'Indochine" and the newspaper "l'Illustration" or from collected colonial postcards by early photographers such as Alfred Raquez and also from anonymous local photographers. Those pictures have been cleaned and restored by myself.

At this time Thailand was still called Siam and Laos was part of the french colonial empire and known under the name "Indochina". Many Lao people already live in Esan (and in Northern Siam) and more and more people from the Phu Tai group continue their migration from the (actual) North Vietnam hills to Central Laos and Esan and will continue to relocate there till the end of the Vietnam war and the end of colonisation. 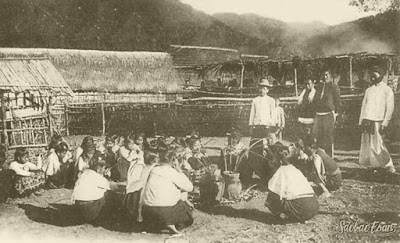 For those who will be in Bangkok before november 7th, there is an exhibition about early photography called "Unseen Siam" at the Bangkok Art & Culture Centre that features some photos related to music. 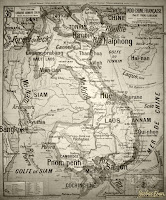